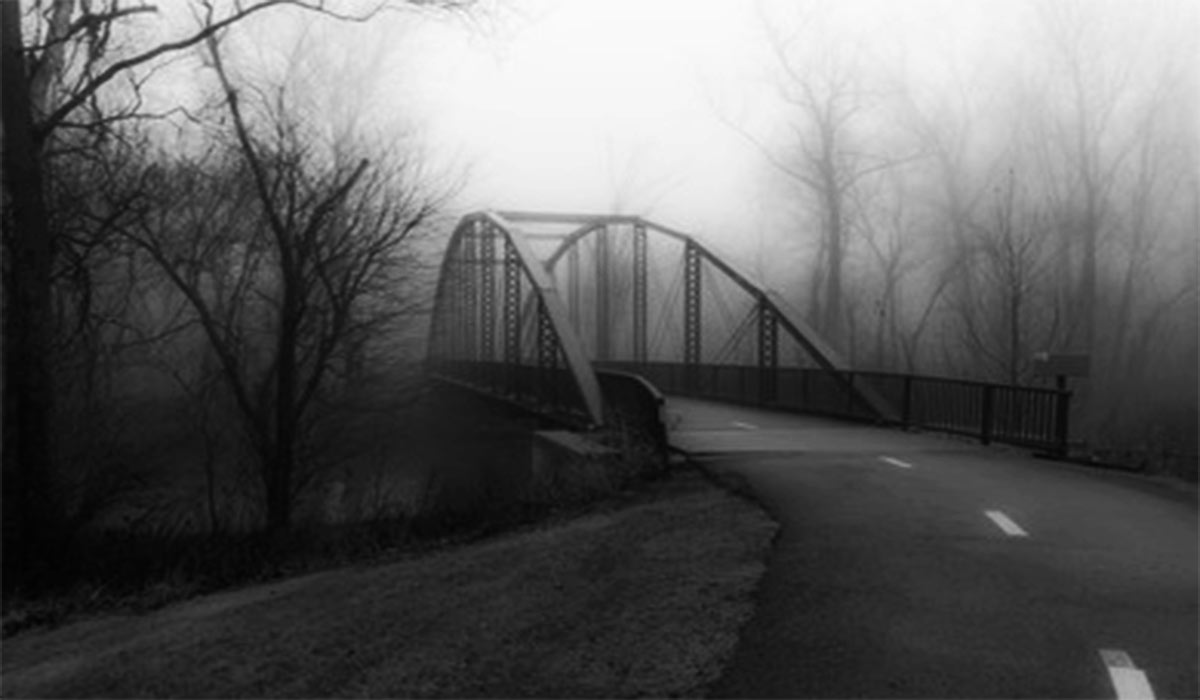 A wooden bridge presides over the river Bhagirathi. It is called Wilson Bridge, named after a British timber merchant. According to an urban legend of the place, Wilson’s ghost is often seen riding a horse and hooves of the horse are still heard to this day. The narrator of the story assures the readers that a new iron bridge has been made in place of the old wooden bridge. However, the remnants of the previous rickety bridge remain on the far banks of Bhagirathi and so does the legendary ghost story of Wilson and his hill bride, Gulabi.

Ruskin Bond has a penchant for making spooky stories even spookier. As the narrator of the story, Wilson’s Bridge, he recounts the time when he had joined two couples at an old forest rest house – the Rays and the Duttas. The Rays were a newly wedded couple who constantly fought with each other. The Duttas on the other hand were married for a long time. Being the only single person in the group the narrator spent most of his time alone, exploring the nearby forest and the riverbank.

One evening while coming back Ruskin walks on the infamous bridge and faintly sees a person on the bridge. Due to the mist, he is unable to see the face but is able to decipher it is a woman. To his surprise, the narrator sees the woman jump off the bridge. He runs towards the railing and looks down the bridge. He only sees the current carrying her downstream. He goes to the watchman’s cabin and tells him about the incident. The watchman, Ram Singh, is unmoved and reassures the narrator that it is only the ghost of Gulabi. The watchman then begins to tell the tale of Gulabi.

Read on to know more…

Gulabi was a beautiful maiden and Wilson, the Britisher who came in search of fortune, was charmed by her looks and married her. It seemed Gulabi had it all, the Englishman, the fortune he accumulated, and their sons. But luck did not favour her for long and Wilson fell for an Englishwoman named Ruth. Gulabi confronted Wilson about his affair and in the fit of anger Gulabi shot Wilson. But the bullet merely grazed him and shattered the looking glass. Gulabi ran towards the then recently made wooden bridge. Before Wilson could catch up to her on his horse, she had thrown herself off the bridge and her body was found a few miles downstream.

Ruskin repeats the story told by the watchman to the other people in the rest house and they share their own opinions on the story. Soon the narrator starts to frequently take the bridge in the hope that he will catch a glimpse of Gulabi again, and maybe see her face properly.

On the day of their departure, the narrator decides to take one last stroll and while he is coming back he sees a woman jump off the bridge. He believes it is Gulabi. Nevertheless he looks down the bridge. Suddenly he hears someone shouting beside him by the railing, “have you seen my wife?” It is Mr. Ray. Both of them go down to the riverbank in order to search for Mrs. Ray. They find her body a few hours later, a mile away from downstream. She is then cremated near that place.

Ruskin ends the story by telling his readers that if one passes the Wilson bridge, they might hear Wilson’s horse’s hooves, or see Gulabi’s ghost, or even Mrs. Ray’s or hear her husband’s cries. Or maybe more.

Watch this space for more such intriguing stories.

Above story is the adaptation of the story Wilson’s Bridge by Ruskin Bond.