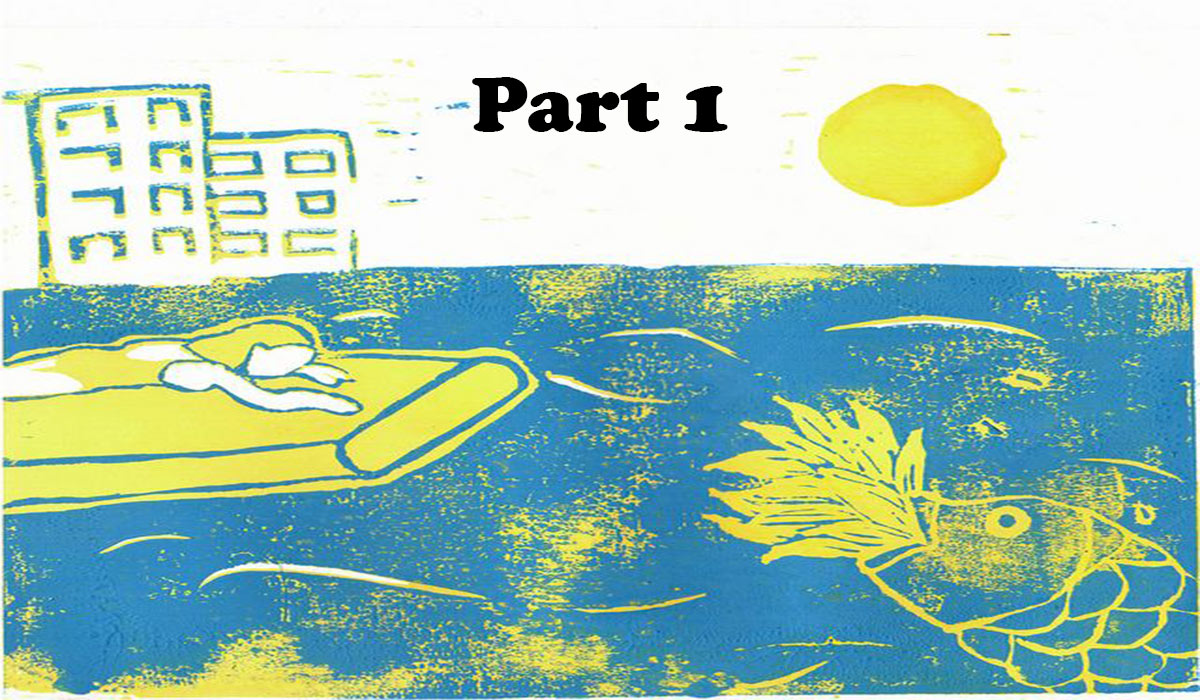 Today’s story opens in a Florida hotel where a young woman, Muriel Glass, is waiting for the operator to connect her call to her mother. Because of an ongoing convention at the hotel her call has been delayed. While she waits, she reads magazines and paints her nails. When the call finally rings, five or six rings later she picks up the receiver. Her mother instantly asks about her well-being and Muriel assures her mother that she is fine. Her mother inquires about the drive to the hotel and Muriel explains that Seymour, her husband, drove them without putting them in harm’s way. Her mother asks if he tried any of the “funny business” with the trees, to which Muriel replies with a no. Muriel then asks about her father’s car and if he got it fixed. Her mother said that the mechanic is asking for a higher price and Muriel interjects by saying that Seymour had said that he could pay for it. This indicates that Seymour was perhaps responsible for the accident and maybe crashed it deliberately.

The next question Muriel’s mother asks is about the nicknames that Seymour has been giving Muriel. She tells her mother that he calls her “Miss Spiritual Tramp of 1948,” which her mother thinks is offensive. She begins to argue but Muriel cuts her off by talking about the German poems that Seymour sent to her and how he says that it was written by the great poet and she should have either learnt the language or bought a translation.

Her mother then informs her that Muriel’s father had talked to a Dr. Sivetski and told him all about the incidents involving Seymour liking the trees, the windows, the horrible things he had said to Granny about her own demise and what he did to those pictures from Bermuda. According to the doctor he was discharged from the military hospital prematurely and may lose control of himself. The reader here can deduce that the doctor meant PTSD or Post Traumatic Stress Disorder which is a very common occurrence in the soldiers who come back from war. Muriel in turn says that she has met a psychiatrist here in the hotel. She doesn’t know his name but he is supposed to be a good doctor. Muriel’s mother further insists on her coming back but she refuses to do so saying it is the first time in a long time that she has been on a vacation and she is not coming back. In addition to that she says that she also got sunburned and she can hardly move anymore. Her mother asks about the jar of bronze she packed in Muriel’s bag. She says that she got sunburned despite that.

Muriel’s mother asks more about the psychiatrist Muriel met at the hotel. She replies that the psychiatrist approached her first, asking if the guy playing the piano is her husband and if he is alright because he looks sick and pale. She then starts to chat about the psychiatrist’s wife’s attire and the conversation they had at the bar instead of talking about her husband’s debilitating mental health. Her mother inquires about Seymour’s current whereabouts and Muriel answers that he is on the beach.

Above story is the adaptation of the story A Perfect Day For BananaFish by J. D. Salinger.