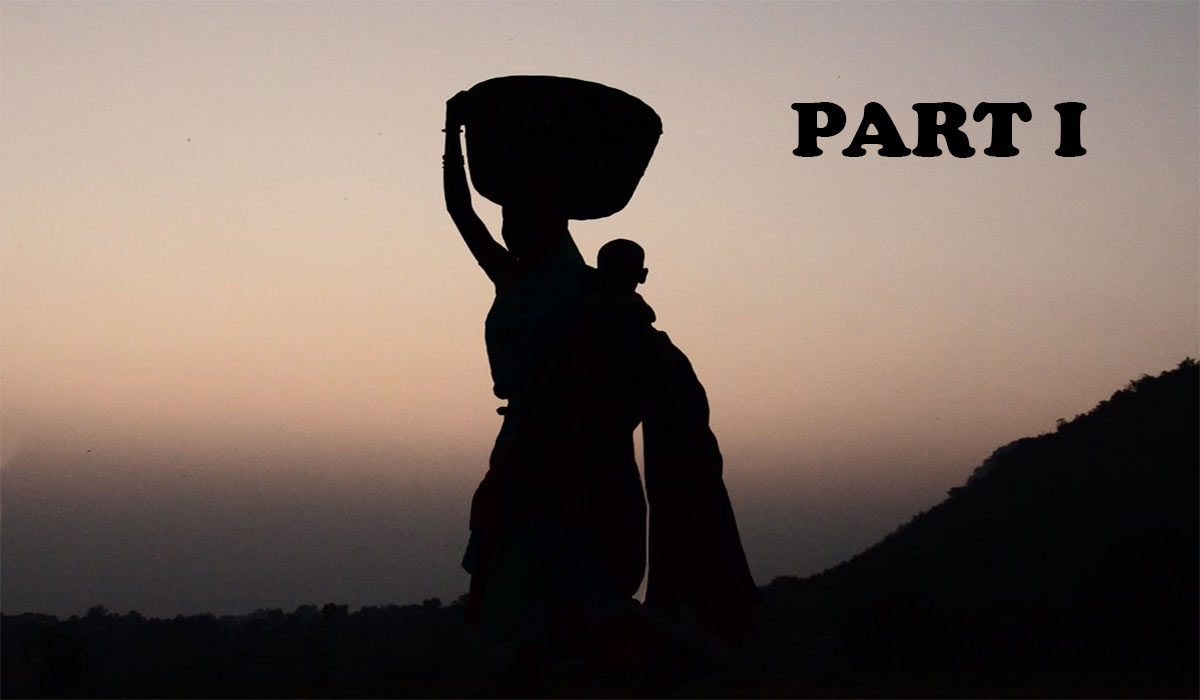 The next story in our series, Stories of our Land, is titled Venkatesh. The story is woven around a passive protagonist Venkatesh, who is living an uneventful and restrained life with his overbearing wife Shanta.  One day Venkatesh discovers that he has a half-brother who had been wronged by the twist of fate. Venkatesh would now like to make some amends. In doing so he is actually freeing himself from an unexplained burden. But is this even possible? Read on to know more…

Venkatesh is a bank manager and when the story begins he has recently received transfer orders to move to the branch in another city, Hubli.

Readers are told that his wife, Shanta is an active stock investor and manages the house and finances both with the same professional skills. However meticulously she runs the house and manages finances, Shanta is extremely money driven and does not bother to include Venkatesh in any of the decisions, even as important as their own son’s marriage plans. Unlike Shanta, Venkatesh is an emotional man who values moral integrity over money. A number of times he has even helped his subordinates in the bank where he works.

As the story progresses it is revealed that Venkatesh grew up in a household where Champakka (Venkatesh’s  grandmother) completely governed the household. Venkatesh’s father, J.M. Rao had always blindly followed the words of his strong mother. Champakka had become a widow at the young age of twenty and since then had lived only for the sake of her only son, J.M. Rao. He grew up to be a class one railway officer and could provide a comfortable life to his mother and wife after all the initial hardships of his growing up years. Unlike Champakka, J.M.R’s wife had been a docile woman who hardly uttered a word. Venkatesh, J.M.R’s son easily complied when his grandmother, Champakka decided for him to marry Shanta the only daughter of rich parents. Shanta’s father also found J.M.R’s family dynamics ideal for his only daughter and he had been right in thinking so. Within three years of their marriage, Champakka, J.M.R and  his wife passed away leaving Shanta to become the sole mistress of the house.

Upon J.M.R’s death Shanta and Venkatesh inherited a stash of gold hidden away in the family’s bank locker. With this gold Shanta had been able to amass sizable wealth through a series of wise and profitable investments.

At present, Shanta and Venkatesh with their grown up kids Ravi and Gauri are able to lead a cushy life even without the income from Venkatesh’s regular job. However, Venkatesh doesn’t want to leave the job. So, when he receives his transfer orders to Hubli, after initial incertitude he decides to move there.

In Hubli, he stays with an extremely friendly and welcoming family, the Patils. The Patils are Gauri’s friend’s parents. One fine day, Mr. Anant Patil invites Venkatesh to his nephew’s thread ceremony in Shiggaon. Reluctantly, he accepts the offer. A dramatic surprise is waiting for him there.

A jewellery shop owner in the town addresses him as Master and even asks him about his daughter, Mandakini. To Venkatesh, this appears to be a clear case of mistaken identities. Yet again, another man at the event calls him Master. Venkatesh cannot comprehend the confusion. The man, understanding his mistake, explains that Venkatesh resembles his friend, Shankar Master, a lot.

Days pass and Venkatesh puts behind these incidents, though not for long. Soon another man approaches him who mistakes him for Shankar again. Venkatesh is now curious as this has happened for the third time.

Why is Vekatesh repeatedly mistaken for him?

Read our next blog of the series to know more…

Above story is an adaptation of Sudha Murthy’s story collection “The Mother I Never Knew.”