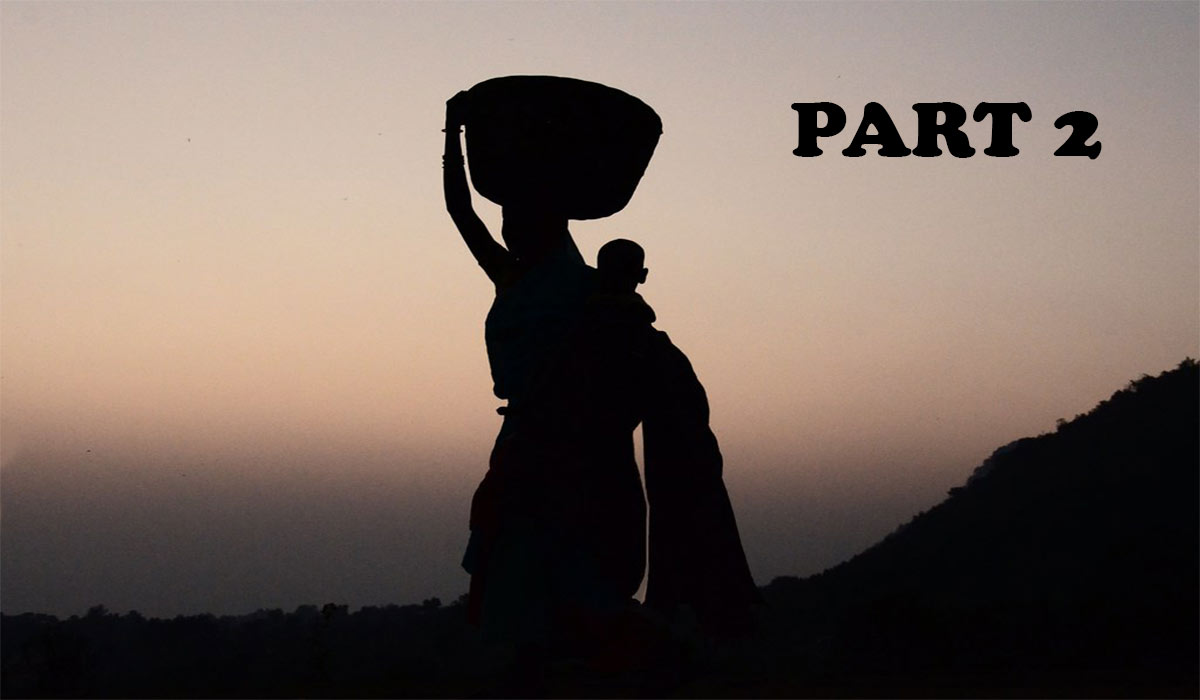 The Patils plan a visit to a sacred place near Hubli and ask Venkatesh to accompany them. There, an elderly woman addresses him as Shankar again but by this time Venkatesh is quite accustomed to this. Venkatesh explains the situation to the woman and enquires about Shankar Master. The woman shares that Shankar is a primary school teacher in Shishunal and lives with his ageing mother Bhagavva while his three daughters and wife stay at Hubli. She also tells him that the family’s finances are in shambles.

This is now enough to intrigue Venkatesh. He decides to pay a visit to Shankar’s home in Hubli. When Shankar and Venkatesh come face-to-face, both are in utter shock. Every feature on their faces screams that they are related. However, Shankar shows prominent signs of ageing. Venkatesh urges Shankar to take him to meet his mother. Shankar concedes albeit hesitantly.

The day Venkatesh visits Shankar in Shishunal, he finds that it is Shankar’s father Shraddha that day. Venkatesh meets Bhagavva, Shankar’s mother who looks frail and is dressed in white tattered saree. During the Shraddha ceremony, Venkatesh realizes that the lineage chanted by Shankar is exactly the same as his own, only difference is in their fathers’ names.

He hopes to get a private moment with Bhagavva to enquire more about it. And he gets the chance soon. She narrates her life story to Vekatesh. Recalling the past , she shares how Champakka, impressed by Bhagirathi’s (Baghvva’s real name)  beauty, got her son Setu (who later changed his name to J.M. Rao)  to get married to her but was left behind in her maternal home on Champakka’s insistence as J.M. Rao was still studying and had no income. Later, because of some false rumor about her character, Champakka had indignantly decided that now pregnant Bhagirathi was no more worthy of her son. Bhagavva when tried to contact her husband she was wrongly informed that Setu and Champakka had both died in a train accident. Distressed at the news, she had gone into early labour and Shankar was born unwanted and unwelcome. Bhagvva, had then left her village and brought up her son working as a housemaid.

Shankar grew up to be a primary school teacher and had been performing his father’s Shraddha since then without fail. Bhagavva, despite such hardships never wanted her son to have a bad image for his father.

Venkatesh finally comes back to Bangalore and tells everything to Gauri. He is unable to stop thinking about the struggles Bhagavva and her son must have faced. He feels the urge to right the wrongs that had been done to them and wants to help the family financially. He explains everything to his wife but is less than surprised when Ravi and Shanta both oppose his proposal of giving fifty lakh rupees to his half-brother’s family. Shanta taunts Venkatesh to use his own savings for the charity, fully knowing that he isn’t in a position to do so.

Venkatesh now feels helpless. He knows his wife and son are money-minded but he cannot believe that they could be heartless.

The next day, Gauri hands Vekatesh a cheque for Rs 45 lakhs, which is from the savings that Shanta had made for her wedding. She asks Venkatesh to add Rs 5 lakhs from his own savings and give the sum to Shankar. Venkatesh is surprised and can not fathom the fact that both Ravi and Gauri have been brought-up by the same parents and yet have completely opposite values. When Venkatesh asks Gauri as to what made her do this, she replies, “that’s so easy, Anna. You want to pay back a debt that your father owes somebody. I want to pay a debt that my father owes too.” Tears come rolling down from his eyes and at that moment he finally feels that the weight has been lifted from his chest.

Above story is an adaptation of Sudha Murthy’s story collection “The Mother I Never Knew.”