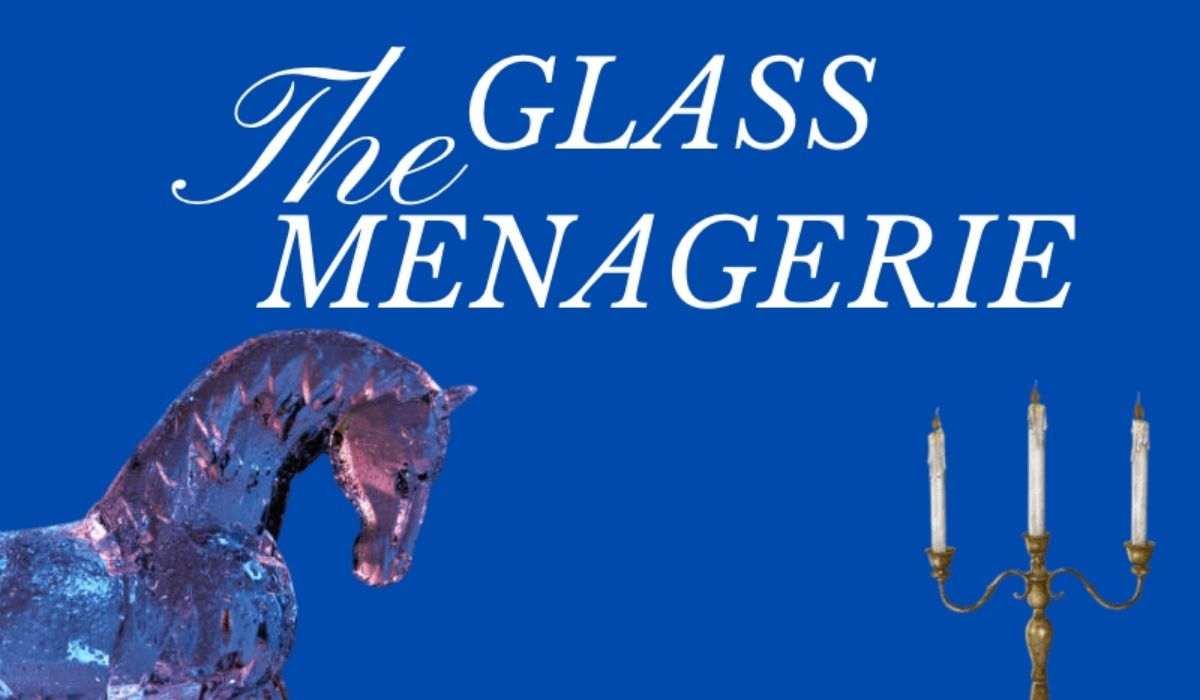 The Glass Menagerie’s story is knitted around our protagonist Tom, who dreams of breaking out from the prison that is the Wingfield apartment. Tom is a dreamer who wishes to leave his house and go on adventures and write poetry, but since his family depends on his income, he feels trapped without any future or directions in life.

His sister, Laura, is a recluse because of her disability and his mother, Amanda, is delusional and still lives in the past, making up stories to make her feel better about herself. She spends all her time nagging and criticizing her children under the guise of having their best interests at heart. Their father has been absent all their lives which left Tom in charge of the household. Few outsiders ever influence the insular world of the Wingfield family, except Jim O’ Connor, who unwittingly becomes Laura’s first ever gentleman caller.

Introduced by Tom as a memory play, the audience is cautioned that what we see might not be exactly true as he is recounting from his memory. A famed southern belle of her time, Amanda Wingfield is now just a faded star in her middle ages. She shares a small, dingy apartment with her children whilst constantly dreaming of her past gentlemen callers. She is a survivor who despite being a pragmatist, still dreams of being the center of every man’s attention like she used to be in her youth. She is constantly worried about Laura, who is painfully shy and insecure and walks with a limp.

To support his family, Tom has to work in a shoe warehouse and earns just enough to support his family as his mother just spends time criticising her children for breathing wrong. Fed up of the boredom and banality of his life, he claims to spend all his time at the movies whilst he struggles to write. Amanda is obsessed with finding Laura a suitor so that once she is married off, Laura at least would get to live comfortably. She pressures Tom every day to find her a suitor as due to her crippling shyness, she had dropped out of school and a secretarial course. Fed up, Tom decides to invite his friend Jim O’ Connor over to the house for dinner.

Overjoyed, Amanda scrubs the house clean, flirts with Jim, prepares a special dinner for him, almost giving the feeling that the caller was for her and not Laura. Laura realizes that Jim is the same boy she felt attracted towards whilst in high school, and often daydreamed about since, but her shyness had resulted in them only having a distant, teasing relationship. Initially, she claims to be ill to have an excuse not to join them at the table, but Amanda makes her join them.

After dinner, Amanda makes sure that they’re left alone by the candlelight in the living room whilst they wait for the electricity to be restored. Tom hasn’t paid the bill, which hints to us that he pocketed the money and plans to finally leave. During their talk, Jim recognizes Laura’s inferiority complex and encourages her to come out of it. They share a quiet dance which causes him to accidentally brush against her glass menagerie and break off the glass unicorn’s horn. After complimenting Laura, he kisses her, later confessing that he is engaged to be married.

Heartbroken, Laura gifts him the broken unicorn and he leaves. When Amanda gets to know about this, she berates Tom and tongue-lashes him, even though Tom didn’t know that Jim was engaged. He seems so surprised by this, that it makes one question if Jim was only making up the story of his engagement to get out of the situation of being set up with Laura without his consent. The play ends with Tom saying that he soon left and never planned to return. He bids farewell to his family and asks Laura to blow out the candles.

Adapted from the play The Glass Menagerie by Tennessee Williams.