Lost in a Pyramid, or the Mummy’s Curse 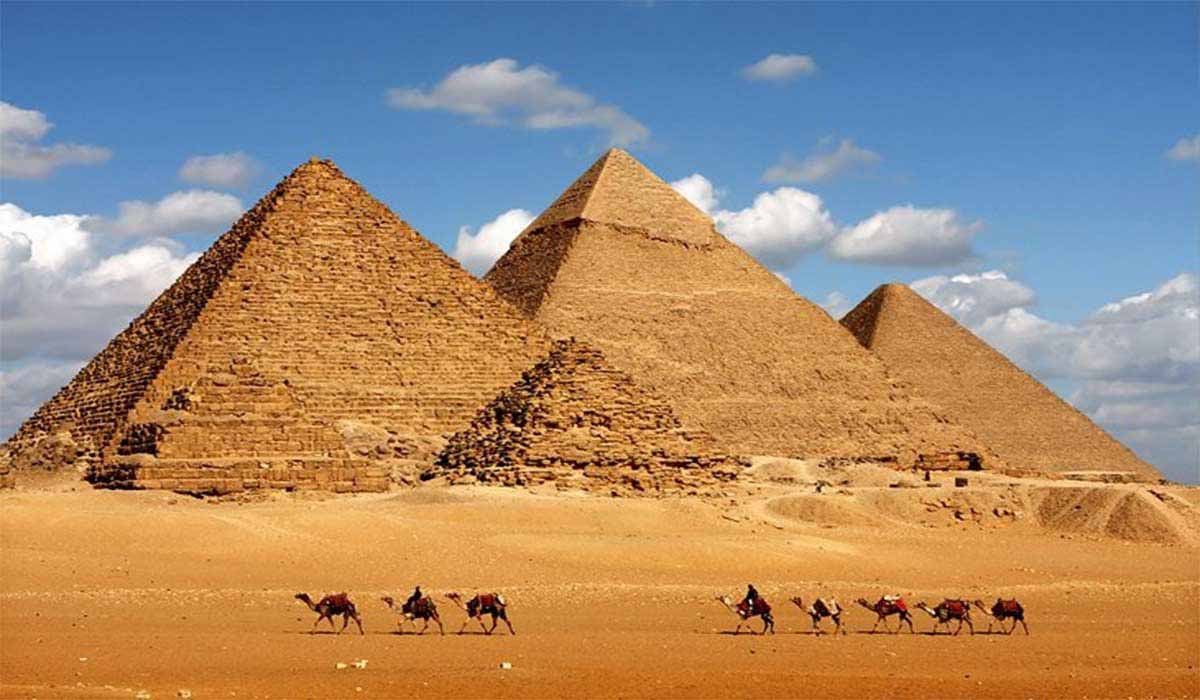 Lost in a Pyramid, or the Mummy’s Curse

Today’s story opens with a girl, Evelyn, asking a question to her fiance, Paul. She enquires about some seeds she has found in an old gold box. Paul replies by saying that they are the seeds of an unknown Egyptian plant. Curious, Evelyn further presses Paul to tell the story of the seeds. Paul in turn says that the story is a weird one and it would haunt you. But ever persistent Evelyn asks again and again  for the story behind the seeds and Paul finally gives in.

Paul begins to recall his time in Egypt with professor Niles and a guide Jumal. All three were exploring the Cheops and a few hours later, Paul felt tired. But professor Niles wanted to continue. Jumal suggested that they take a break while he goes to look for another guide so that professor Niles can continue his inquisition. Professor continued making notes and soon Paul fell asleep.

Paul woke up to find a note from the professor saying that he went by himself but had left a clue in order to find his way back so Paul should not worry. However, Paul felt anxious and therefore decided to follow the professor. He found a cord on a fallen stone and realised that it was the professor’s clue. He followed the cord but a few minutes later, the cord ended and professor Niles was nowhere in sight.

Paul started looking for the professor frantically. He called out the professor’s name and ran in the passages like a madman. The professor in turn called out Paul’s name and Paul followed the voice. At last he found professor Niles. They decided to head back. But unfortunately, they were lost. They could not find the clue that the professor left behind. Making matters worse, the professor took one misstep and now had a broken leg. They could not continue their journey in these conditions. The professor suggested lighting a fire. According to him the smoke would penetrate the passages and someone would see it and would be able to rescue them. Paul asked how he would be able to make fire without wood. The professor pointed out a mummy case behind Paul. He understood what the professor was trying to say. The mummy case is dry and therefore would burn easily. They opened the case to find a mummy of a woman. Her hands contained a gold box. Professor Niles and Paul divided the box and the trinkets among them while the case kept burning. Much to their dismay, the case was small and burned quickly. They were left with no other choice but to burn the mummy. They were rescued soon after.

Paul completes  the story and Evelyn is left awestruck. Paul further explains that Niles discovered that the mummy was a famous sorceress of her time and laid a curse on whoever would disturb her rest. Paul says that he does not believe in curses but he does not want to find out about the consequences either. Evelyn asks if she can plant the seeds and Paul refuses. After a small argument Paul throws the seeds in the fire and asks Evelyn to forget about it, saying that he will bring her diamonds so that she can forget about the “pretty seeds”.

Three months later, on their wedding day, seeing Evelyn exhausted from her bridal duties, Paul decides to give her a surprise. He tells her that when he threw the seeds in the fire months ago, one of them fell on the carpet and he asked Professor Niles to plant it. Professor Niles told him that very day that the unknown plant bore a beautiful flower and he is taking it to other scientists to do further research. Evelyn replies by saying that she also planted the red seed as two fell on the carpet and she took one. She shows him the unknown plant with the peculiar flower. The leaves of the plant were green but the stem was purple and the flower was white in colour, shaped like the head of a hooded snake. Paul is amazed to see it. Evelyn tells him that she plans to wear the flower today because it is white, like her wedding dress. But Paul tells her to wait for professor Niles’ examination of the plant, as he was still dubious about the plant and its intentions. Evelyn distracts him by talking about their wedding day and how she will be his forever.

Soon they are married and Evelyn glows radiantly. Her blushed cheeks are so bright that they shine through the veil. After guests depart, Paul receives a letter from one of the servants which was marked as “haste”. He tears it open and reads it.

The letter was from one of the scientists saying that professor Niles had died and his last words were “Tell Paul Forsyth to beware of the Mummy’s Curse”. The scientist explained that the circumstances of his death were very peculiar. Professor wore the flower around the lab. It was covered in spots as red as blood. He was in a jolly mood after that, something Paul noticed in his wife’s mood too. But soon he fell unconscious and then died a few minutes later. He was covered in the same spots as that of the flower. The flower, after further examination, was found to be poisonous.

Paul did not finish reading the whole letter and instead rushed to the room his wife was in. He sees her laying unconscious and figures out that she wore the flower despite the warning. She was covered in crimson spots and the curse of the Egyptian sorceress was finally fulfilled.

Above story is the adaptation of the story Lost in a Pyramid, or the Mummy’s Curse by Louisa May Alcott.