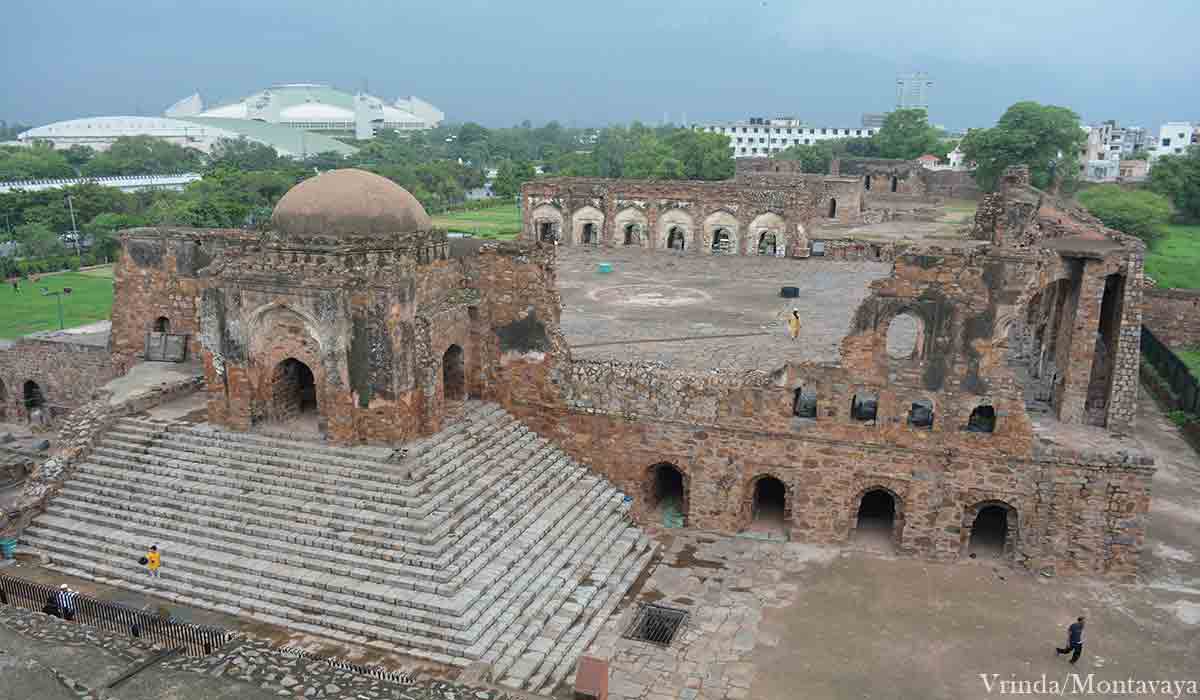 If you are tired of always ending up at the mall with your friends, this is the page for you. With this series, we try to bring notice to some of the unexplored places that could turn out to be great ideas for a fun day-out. It’ll be an add-on if you are a history enthusiast of any level. Stay tuned to our page, we come up with a cool new place every week.

In the city driven by rationale, the sprawling Feroz Shah Kotla Fort is a silent flag-bearer of belief. Lying forgotten, next to the Feroz Shah Kotla stadium, the fort dates back to the 14th century and was built by Feroz Shah Tughlaq. Banks of the river Yamuna were chosen to build the fort as Feroz Shah decided to move his capital from Tughlakabad to Ferozabad in order to solve the emerging water crisis.

The fort stands in ruins today but there are still some features that have survived the test of time. Away from the bustling city, it feels like a whole new world in itself. The complex consists of a mosque, an Ashokan stone pillar, a Baoli (step-well), and several secret cells beneath the building platform.

The mosque known as the Jami Masjid, was believed to be the largest mosque built until the 14th century. Presently, even in a dilapidated condition, people come here to offer namaz every Friday.

The Ashokan pillar, dating back to the Mauryan Empire, stands 13m tall over a pyramidal platform. It has inscriptions written in Prakrit and Brahmi. Though it was an add-on brought by Feroz Shah from Ambala, it mingles with the rest of the structures effortlessly. It is also the most preferable spot to take pictures, given its ideal location. The baoli, one of the best-preserved in Delhi, largely remains inaccessible due to several accidents that have happened in the past but you can still manage to get a peek through the grills surrounding it. 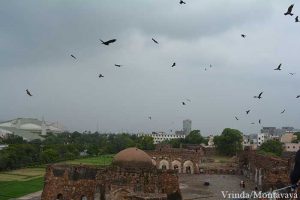 Phariah kites circling in the sky 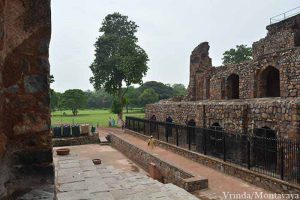 Pyramidal structure on which the Ashokan pillar rests

From the fort’s highest viewpoint, the sight of the contemporary skyline is breathtaking. With the Pariah kites circling around the sky, the vibe gets very dramatic.

This complex is the perfect amalgamation of faith and logic. It is believed to house several Djinns (a type of Holy Spirit). It sounds a little odd at first, but people come here to write letters to the Djinns and stick coins on the walls of the mosque. They offer fruits, sweets, and even meat to them in hopes of getting their long list of wishes fulfilled. Adding to the unusual practices that happen there, sufis and fakirs perform exorcism on those who are considered to be under the influence of an evil spirit.

It is fascinating to see how such beliefs have made their way to the 21st century and yet continue to blend with the fast-paced lifestyle of the city.

This off-beat monument that offers the perfect amount of spiritual experience is ideal for people looking for an escape from the city to a place located within the city. The nearest Metro station to the complex is Pragati Maidan Metro station. It takes nearly two hours to explore the entire complex.

Feroz Shah Kotla Fort is a must-visit if you are even a wee bit interested in historical monuments or the enigma around them piques your curiosity.

We’ll come up with another interesting monument next week. In the meantime, happy reading!