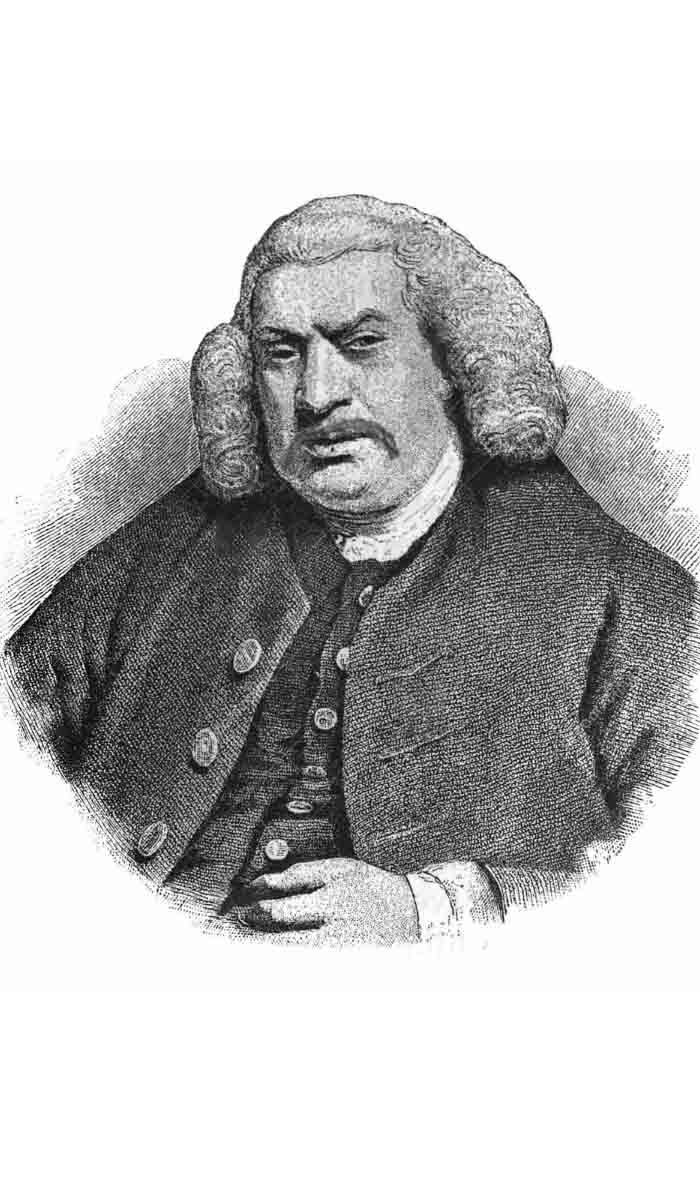 Samuel Johnson was born on 18 September 1709 and was often referred to as Dr. Johnson. He was an English writer, a devout Anglican, and a very committed Tory. He has also been called “arguably the most distinguished man of letters in English history” by the Oxford Dictionary of National Biography. He attended Pembroke College, Oxford, until being forced to leave due to a lack of funds.

He had some gestures and tics that put people on edge upon meeting him. Later on, it was posthumously stated that he had Tourette syndrome, a condition that was not known in the 18th century.

It seems like he might have been obsessed with tea. He was known to drink up to twenty-five cups of tea in just a single sitting! He is assumed to have been an alcoholic as well. It has been stated that he would not listen to anyone else at the dinner table, not before he had satisfied his appetite. When he was 3, he accidentally trod on a duckling. He then composed an epitaph for it as well. ‘Here lies good master duck whom Samuel Johnson trod on.’ It could have been due to his poor eyesight.

We have all heard some pretty strange reasons for being rejected for jobs. But this one just might take the cake. Johnson was turned down for a teaching job since his ‘way of distorting his face’ would end up scaring his pupils. Thus, he opened  his own school in his hometown, although he only had three pupils, one of whom was the future actor, David Garrick.

Although not political, he had some strong words about American rebellion ( later called American revolution), and the concept of patriotism. He also deliberately misspelt the publisher’s name on his poem London. If you’re wondering why, because he wanted the readers to think that the copy was pirated. Some Marketing Gimmick,  aa..haa..!