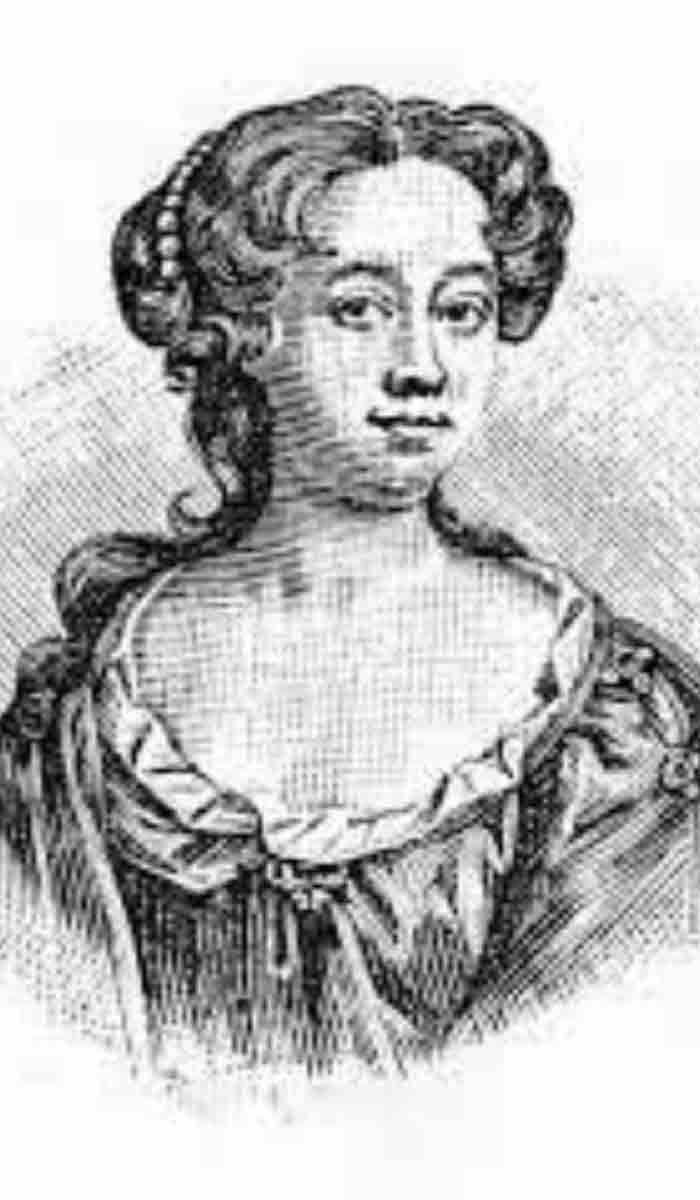 Aphra Behn was a playwright and punk-poetess who wrote during the 17th century. She was also the first English woman to earn through writing. She wasn’t just a prolific dramatist, she was also an innovative fiction writer who also translated science and French romance. Her feminist opinions have revolutionized writing. Her work is instrumental in changing modern-day writing so much.

She was born on 14 December 1640 and died on 16 April 1689. She was responsible for breaking several cultural barriers and became the inspiration and a literary role model for other women writers. And get this, she wasn’t just a writer, she was also a spy in Antwerp, hired by Charles II. She wrote her literature under the pseudonym, Astrea.

She was also the first woman writer buried in Westminster. Fun fact: she died penniless in her late forties, in 1689. Her grave has not been included in the Poets’ Corner, but is in the East Cloister, near the church steps. Ironically, it is not far from the Poets’ Corner.

Her novel, Oroonoko,  is regarded as one of the earliest English novels. It is believed that she might have come across an African slave leader, who influenced the play heavily. She also supposedly married a Dutch or German merchant who soon disappeared or died.  Strangely, it is believed that her husband never existed and she only wished to create her identity as a young widow.

Another peculiar thing to note here is is that Aphra Behn was an alias she adopted for her spying mission. So we probably don’t know her real name at all. Many people (read: men,) were appalled seeing a woman even dare to write plays for the public. Even making money off of it! So, the public went to great lengths to stop her. The debut of her 1673 play, The Dutch Lover, was outrightly sabotaged by these critics, But they still failed to hinder her. In the prologue, she even challenged all those critics who tried to stop her just because she was a woman. Now that is one brave woman to look out for, isn’t it?

Virginia Woolf also appreciated Aphra Behn in her writing – A Room of One’s Own – “All women together ought to let flowers fall upon the tomb of Aphra Behn, for it was she who earned them the right to speak their minds.”