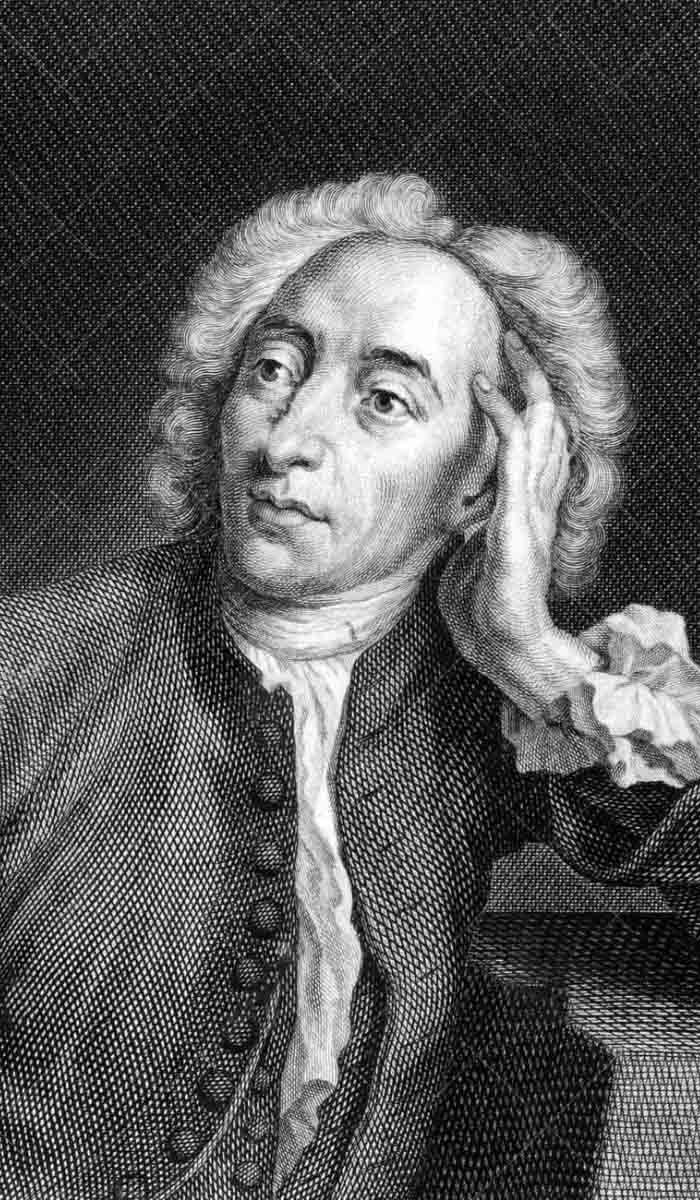 Alexander Pope was well-known for his satirical poetry. His most famous work is The Rape of the Lock. The Oxford Dictionary of Quotations has the second most number of quotations from him, the first being Shakespeare. If you were not aware, one of the popular quote- to err is human; to forgive, divine – is from him.

He was born in London on 21 May 1688. His parents were both Catholics. His family moved to a small estate in 1700, due to a statute preventing “Papists” from living within 10 miles of London or Westminster. This was when his formal education ended and he had to educate himself by reading satirical writers such as Horace and Juvenal et al.

His literary work earned him a very funny nickname: the Wasp of Twickenham. His habit of making stinging satirical attacks on famous people of his age was the reason behind this nickname.

It was claimed by Samuel Johnson that Pope cured his headaches by inhaling coffee steam, which he also called ‘Mocha’s happy tree.’ Pope also wrote about ‘Mocha’s happy tree’ and advised everyone to ‘drink strong coffee.’ Not a bad advice, all things considered.

Pope had a fear of attacks from his rivals. This is why he never left his house without a brace of pistols. Or his dog, a Great Dane called Bounce. Since he wasn’t very tall and suffered from a curvature of the spine, his friends used to advise him not to leave the house alone. This concern came because of a thwarted attack by a critic’s son.

Here’s a fact that probably only the science fanatics know, but everyone else should also be aware of. Three moons of Uranus are actually named after characters from Pope’s poems. Twenty-four of the known satellites of Uranus are named after Shakespeare’s characters, the other three are named after Pope’s. Another strange fact about Pope, he took three years to complete his work An Essay on Criticism.

Perhaps the strangest fact of them all is that his skull may have been exhumed. Following his death, he was buried next to his mother. But if rumors are to be believed, somebody dug his skull up afterward and took it to phrenologists to examine it. This legend birthed the belief that his spirit haunts the church, even now.